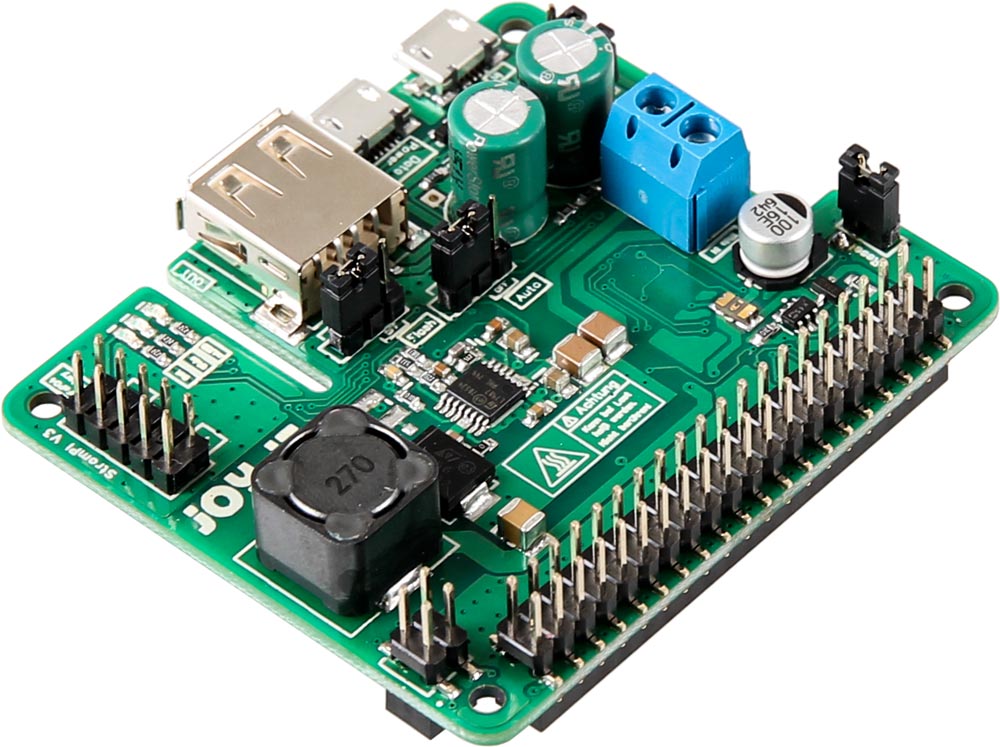 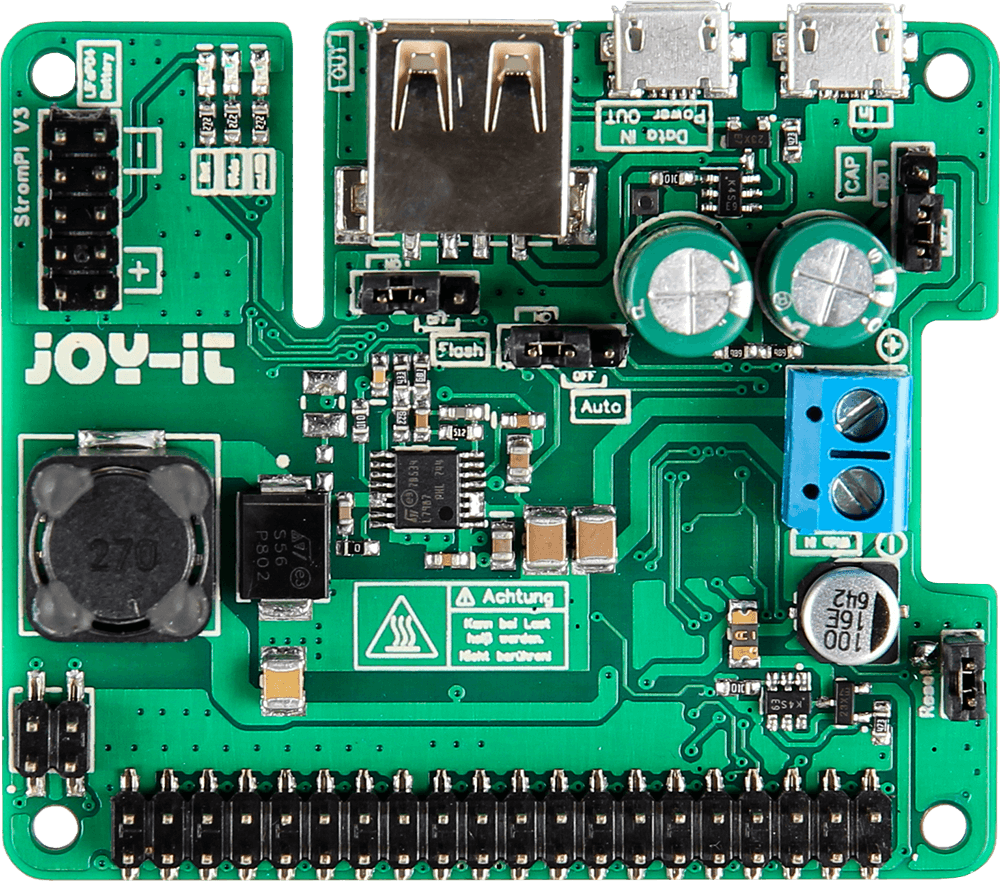 The latest addition to the "Strompi family" opens up completely new applications for the Raspberry Pi. In addition to the already available voltage inputs, the new StromPi 3 can now be supplemented with an optional, plug-in battery unit, which expands your Raspberry Pi with a LiFePO4 battery by a rechargeable emergency power source.

Unforeseen power failures are now a problem of the past!The individual inputs can now be prioritized variably, allowing the StromPi 3 to be perfectly adapted to your project. With a voltage range of 6V-61V and a current of up to 3A, even larger projects can be supplied with enough power. In addition, the StromPi 3 has its own configurable and autonomously acting microsystem unit, which can be used for a programmable start-stop behavior:

Let your system boot up and shut down at preset times to perform measurements or to turn devices on or off (also ideal for digital signage or machine control). The included RTC real-time clock can also be used for time synchronization of the Raspberry Pi without internet access. In addition, the StromPi 3 has been expanded to include control via the serial interface (battery charge status, voltage values of the inputs/outputs, control and configuration), which makes it an absolute all-rounder.

With the new StromPi 3 you are perfectly equipped for any application! 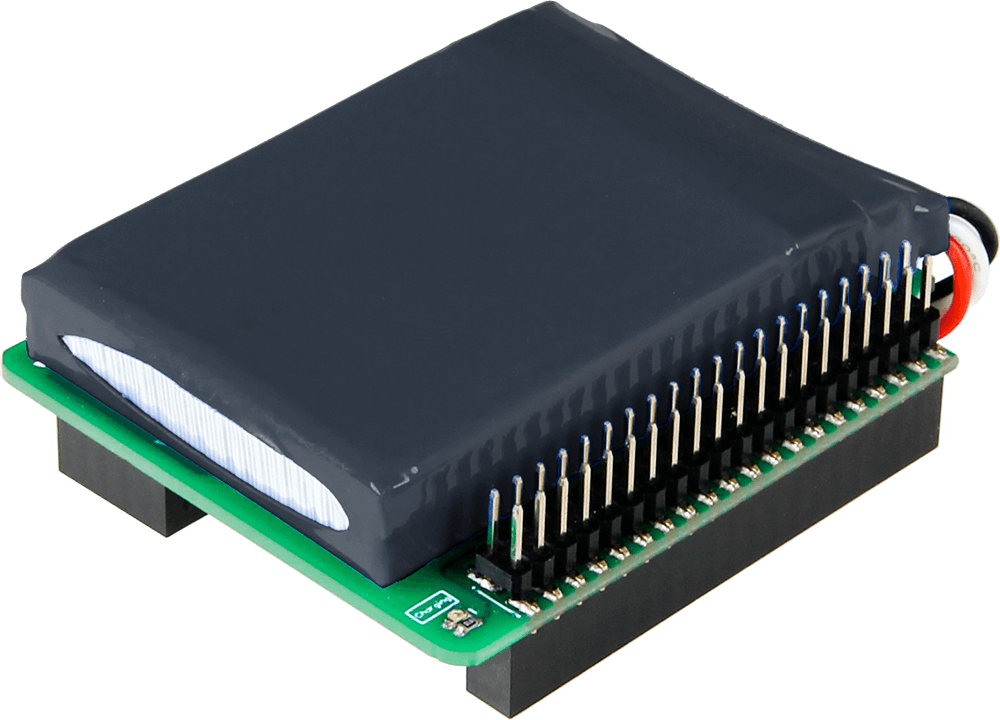 This BatteryHat with LiFePO4 battery turns the StromPi 3 into a full-fledged UPS solution. The battery is available as a third power source, is monitored and automatically recharged. By doubling the nominal capacity, the runtime is almost doubled compared to the 1000 mAh battery.

It is based on LiFePo4 technology and offers several essential advantages over standard Lithium-ION structures:

Protection circuits against overcharge, short circuit and deep discharge are integrated in the battery electronics.

Battery unit for the StromPi 3

Battery unit for the StromPi 3 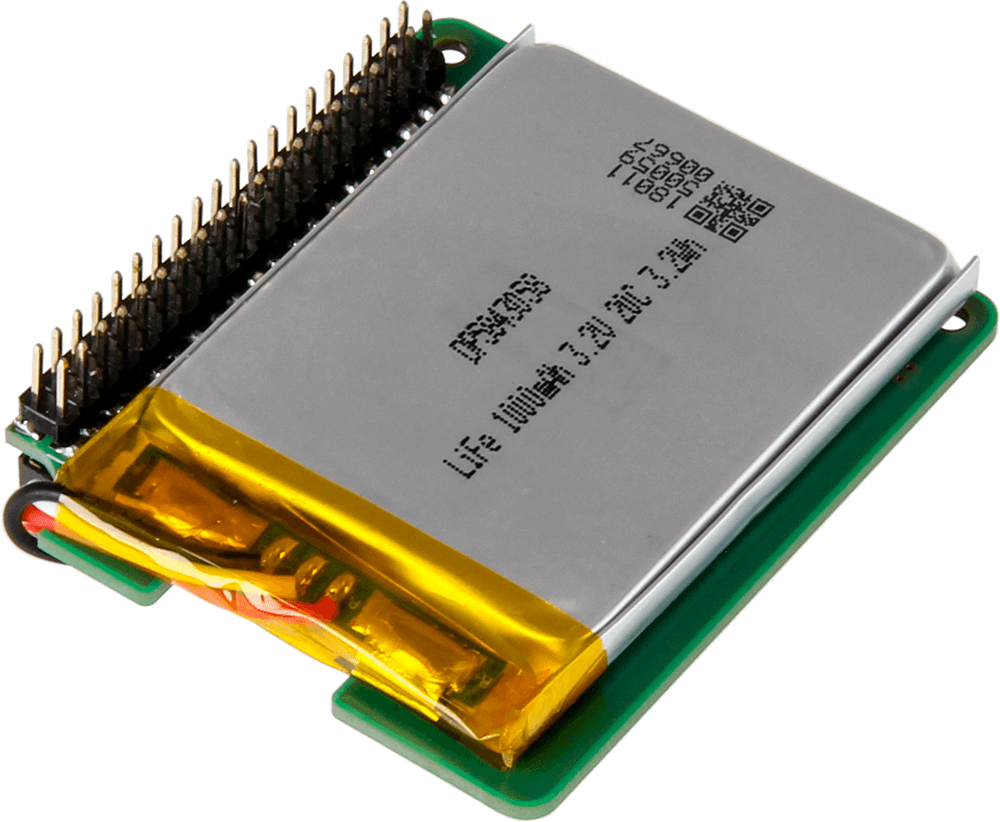 This BatteryHat with LiFePO4 battery turns the StromPi 3 into a full-fledged UPS solution. The battery is available as a third power source, is monitored and automatically recharged. It is based on LiFePo4 technology and offers several essential advantages over standard Lithium-ION structures:

Protection circuits against overcharge, short circuit and deep discharge are integrated in the battery electronics. 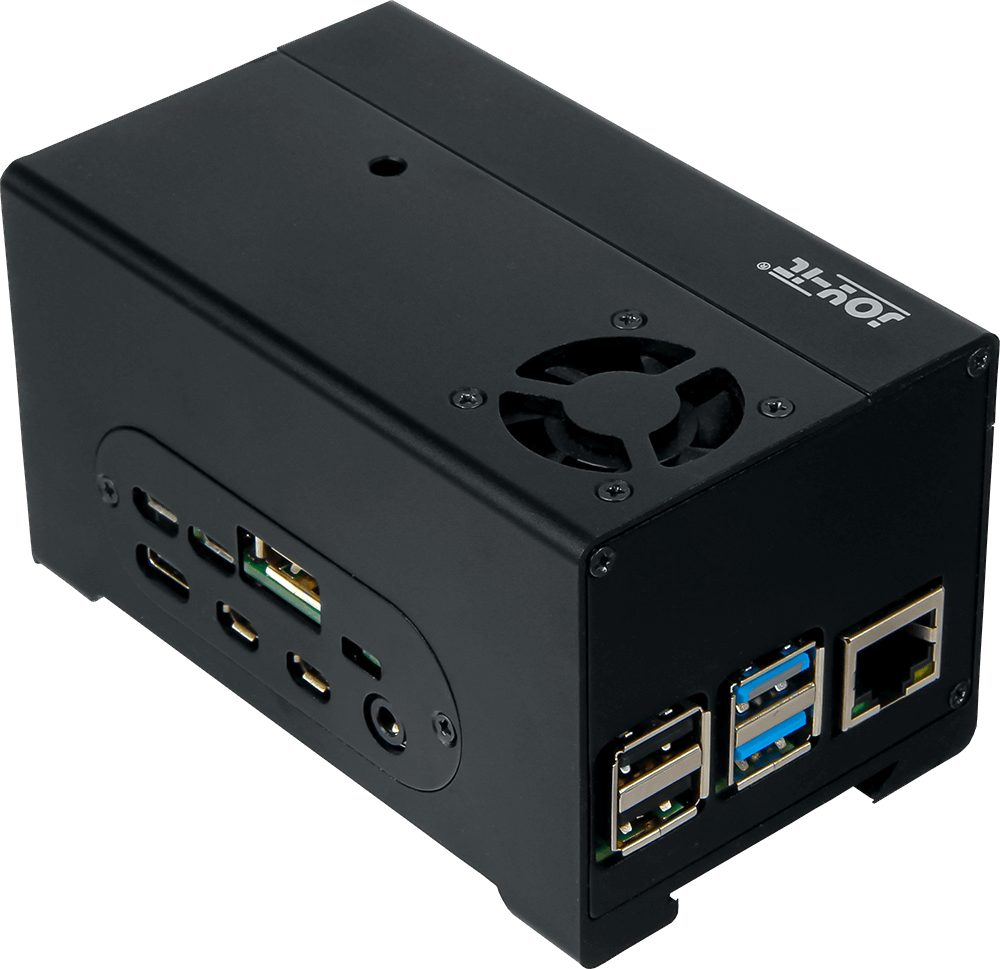 This high-quality aluminum case offers space for your Raspberry Pi incl. StromPi 3 and Battery Hat (also -XL). A removable cover over the GPIO bar keeps it easily accessible. The RB-StromPi3-PCB allows the use of the power button function. In addition, the fan can be operated and optionally controlled with this board. 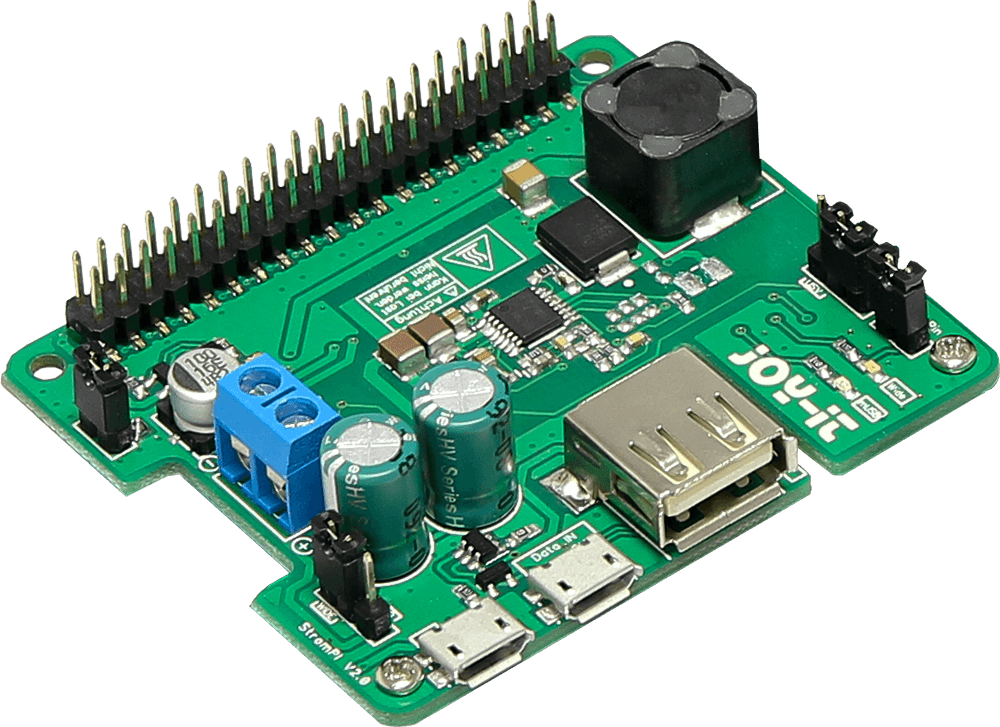 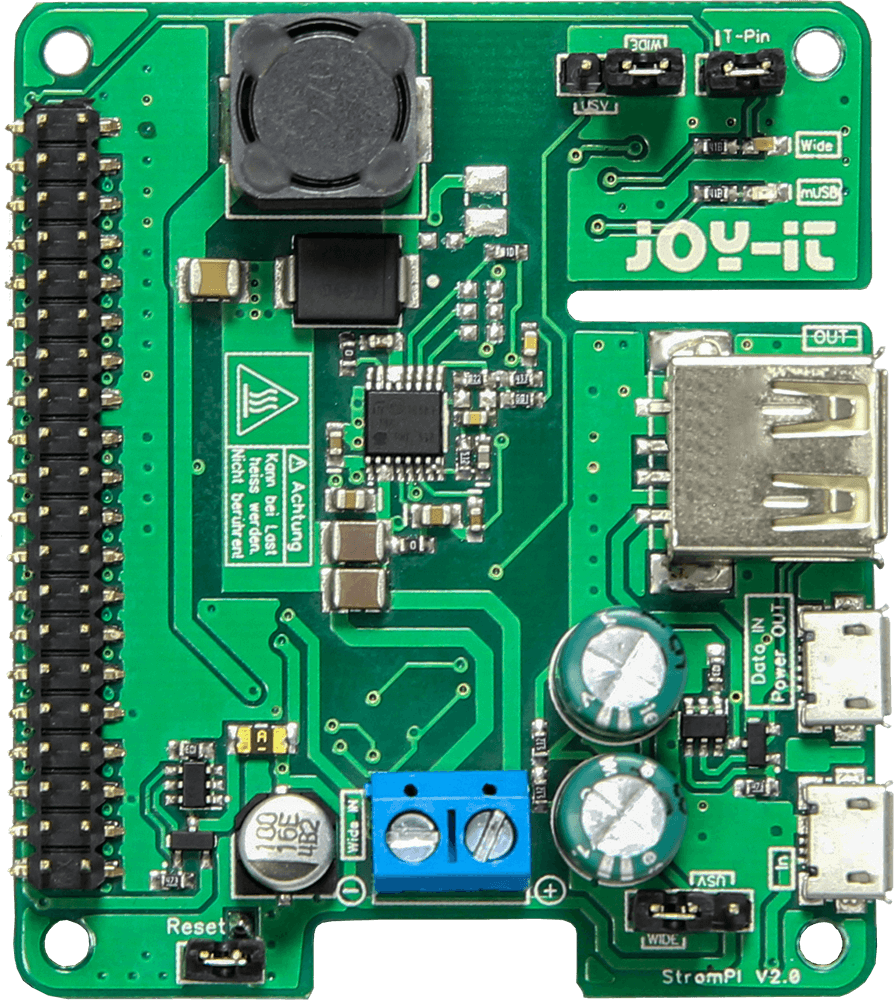 The StromPi 2 expansion board is the further development of the popular Joy-IT power solution.

Not only has the voltage range been increased to 6V-61V, e.g. to connect larger/multiple batteries or power supplies, but the StromPi 2 board now also provides up to 3A to supply even larger projects with enough power. In addition, a reset function for the Raspberry Pi is now also included, which expands the UPS function of the StromPi 2 in a useful way. Due to the new super flat design and connection, the StromPi2 fits into many cases and new applications. The StromPi 2 allows you to connect your Raspberry Pi to any power source with the voltage range of 6V-61V, opening up more possibilities where you can use the Raspberry Pi (car, ship, truck, industrial plant, etc.). In addition, the Raspberry Pi gets an optional upgrade of the USB outputs to a high-power USB port to run unrestricted power-intensive devices like USB hard drives.

The integrated UPS function enables the protection of critical applications against power failure. By means of software for the Raspberry-Pi, the UPS function can be monitored and various messages can be sent by e.g. e-mail in case of a power failure. Due to the used efficient switching regulator solution, it is also possible to operate the Raspberry Pi mobile by using a battery.

Useful extension of the UPS mode: After the Raspberry Pi has been safely shut down by the StromPi in case of power failure, the new reset function automatically restarts the Raspberry Pi when the main power supply is available again. 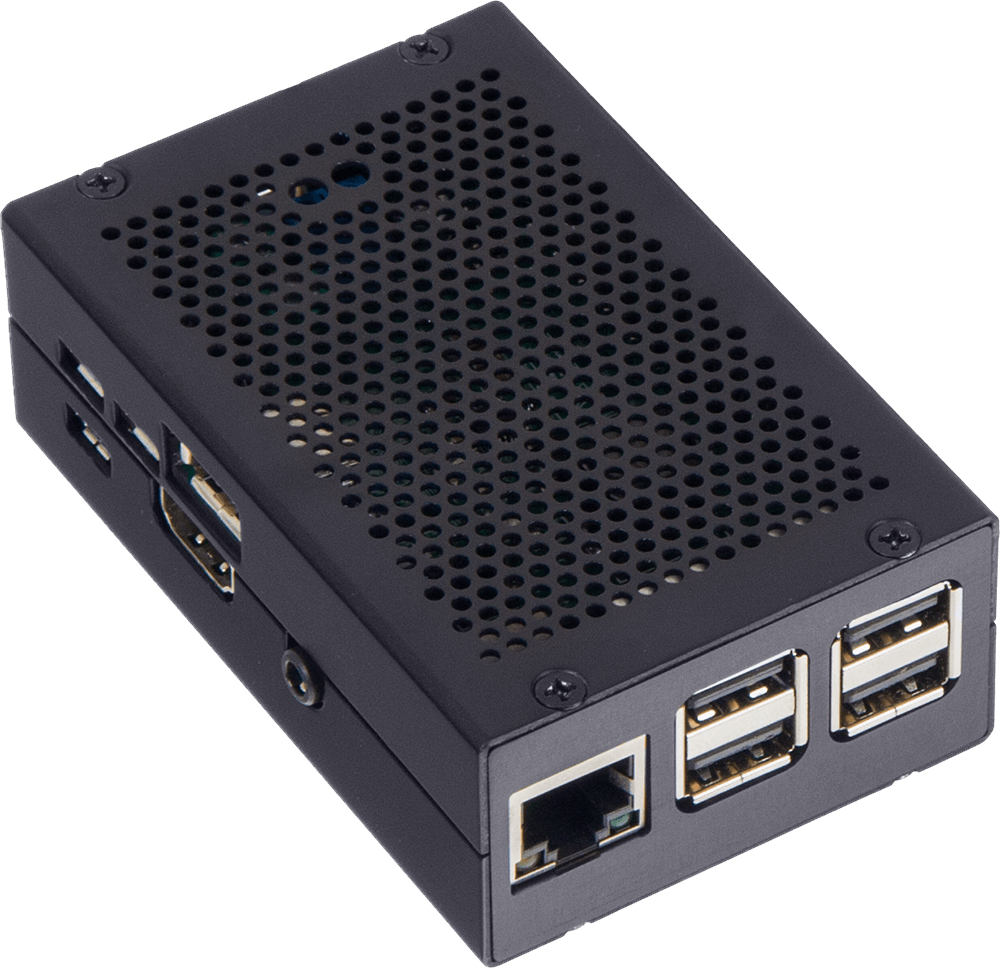 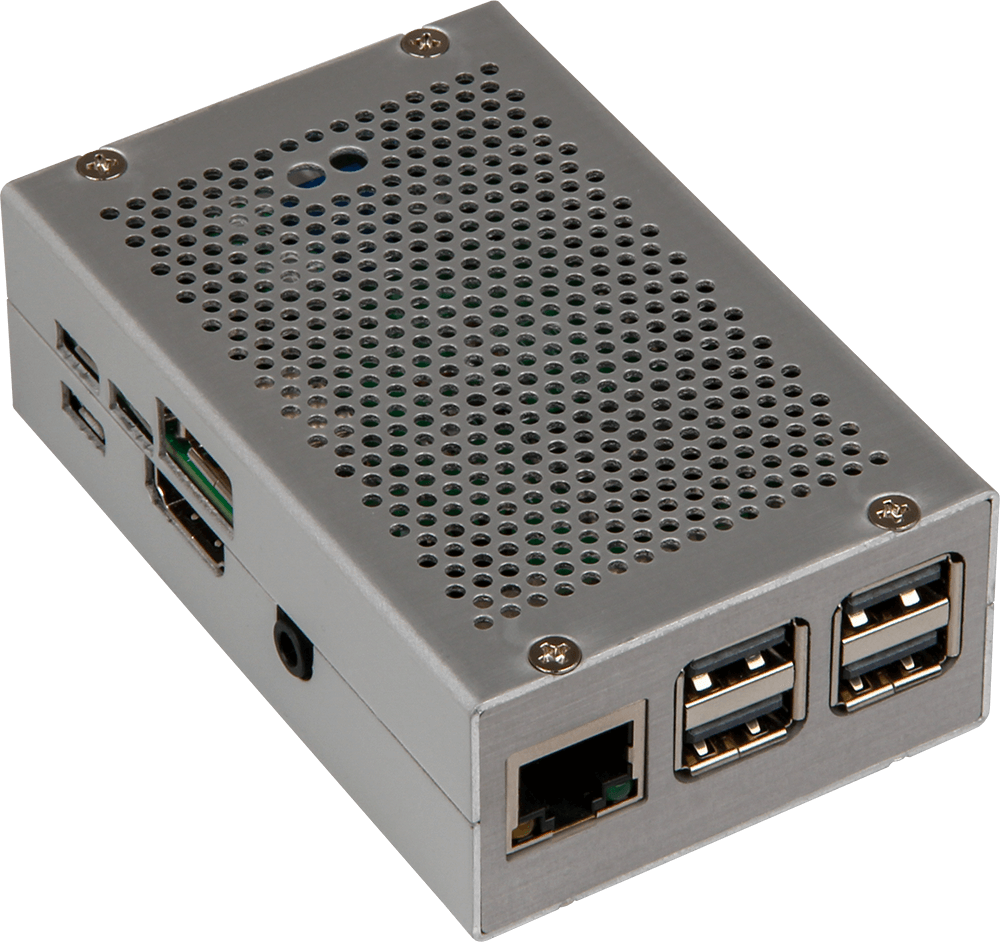 The Strom Pi 2 Case is a special custom made case for the Strom Pi 2 and the Raspberry Pi(B+,2B,3B). It connects both boards to a perfect unit and is completely made of high quality black anodized aluminum. As a result, you get a mini PC with a wide range voltage input ( 6-61 volts) and a UPS function. Whether industrial applications e.g. in the car, truck, on the ship or in lonely places with battery, this opens up completely new applications. 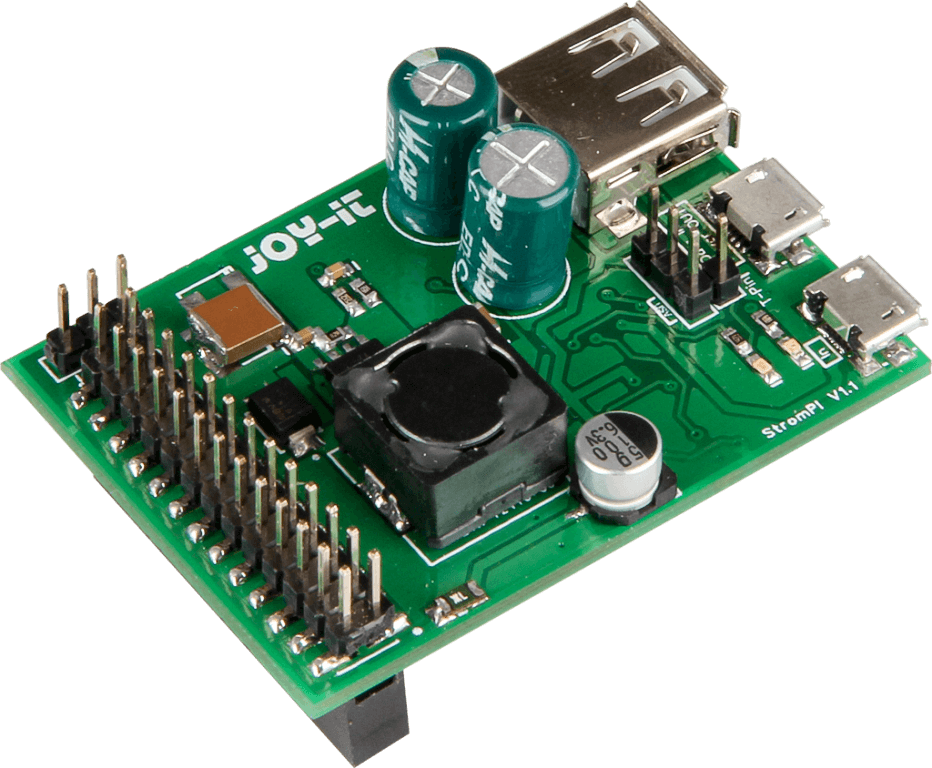 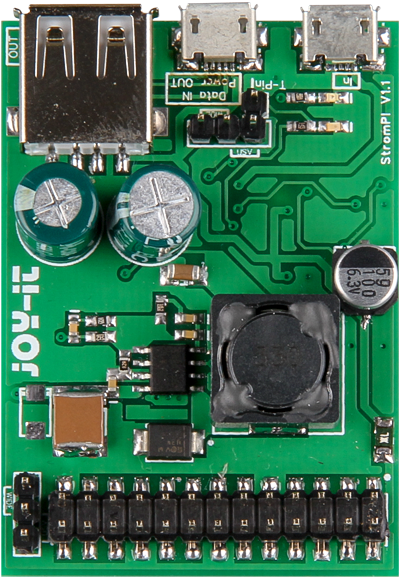 The StromPi expansion board adds an effective power solution to your Raspberry Pi.

In addition, the Raspberry Pi gets an optional upgrade of the USB outputs to a high-power USB port to run unrestricted power-intensive devices like USB hard drives.